On farm matings here at Gumtree Gully are the main option at present – mobile matings can be arranged with a cost to cover mileage.

If you wish to discuss this option, please feel free to call us. We are happy to agist your female here at the farm free of charge until she falls pregnant.

Females will be mated then 2 weeks later the first “spit-off” carried out. If this is positive then we will do a second spit-off 2 weeks after this. If the female has a positive second spit-off , we can arrange a vet to confirm pregnancy via ultrasound at 6 weeks at owners cost.

If a female has not had a positive spit-off after 3 matings, we advise a vet check, as there may be an infection or other problem with her.

When your female leaves the farm pregnant, we will give you a summary of mating/spit-off dates, due date and any vet work such as ultrasounds/check-ups. You’ll also receive a picture and details of the stud boy you chose.

If a female aborts or reabsorbs her pregnancy, we offer a free remate. Also if a cria is stillborn or dies within the first 7 days after birth, and all reasonable care has been taken, then a free remate is also offered.

*Please make sure your animals are up to date with drenching before arriving at the farm. We are happy to administer vaccinations, drenches and ADE shots while your animal is with us for a small cost, should they fall due for these during their stay.

We currently have 3 x stud boys on offer:

A true black male imported from Australia, he produces a lovely, silky, soft fibre with reasonably good crimp and density. His confirmation is correct in all aspects and he has proven himself well as a stud boy, getting his pregnancies on the 1st or 2nd matings.  His last 3 cria have all been girls and we are hoping his next one due 2015 will follow suit!

He has a lovely personality and did well while showing back in his younger days. 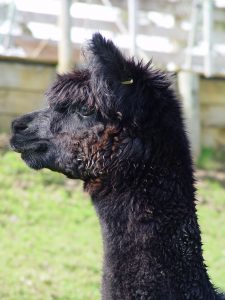 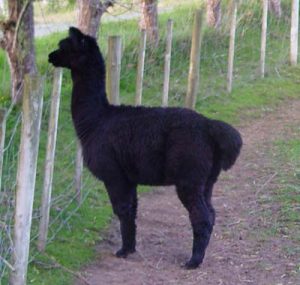 (SADLY DECEASED 🙁  WE DO HOWEVER HAVE 2 OF HIS OFFSPRING UP & COMING AS POTENTIAL STUD MALES – watch this space!)

McKerrow  is co-owned with Riverdale Alpacas and Turbine Hill Alpacas, and spends his time between the 3 farms. If you’re interested in using his services please call us to discuss arrangements.

His fleece is showing good independence and structure into his later years. A fleece style depicting a deep amplitude crimp with medium to high frequency, he is displaying great brightness and alignment to his fleece. Holding its micron well it’s very pleasing to see this coming back each year on this older male.

McKerrow has proven himself at shows with the following results: 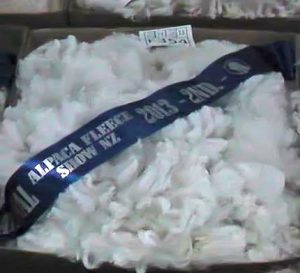